While digging through my old Amiga stuff recently I came across the work-in-progress of AMRWolf, a Wolfenstein3D-style raycasting engine I worked on a long time ago.  it was written in a combination of AMOSPro and assembly language, with the assembly routines inserted into AMOS procedures.

The display was a “Copper Chunky” screen, which gives a low-resolution 128 x 53 pixel 12-bit true-colour display, but has the advantage of being very fast.

I uploaded an early version to Aminet many years ago, but the project did progress a little further since then, before I dropped it and moved onto other things.

Compared with the original demo released in 1996, this version has a couple of extra levels, a map editor and comes with full source.  (Note, however, that the source is not well organised, and I’ve completely lost track of which assembly routine goes in which procedure, so if anyone wants to hack on this, it’s going to be a bit of a puzzle!)

In order to run the game from Within AMOSPro, you’ll need the GameSupport extension in slot 23, which is mentioned in another post, and can also be found on Aminet under /dev/amos. 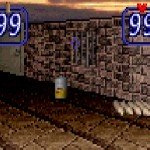 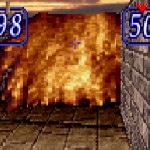 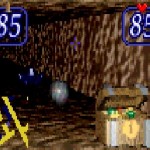 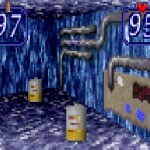 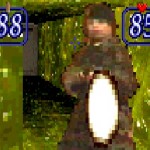 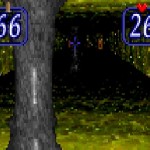