In my last post I mentioned removing the blue LEDs from the fascia of the case I plan to use for my FPGA project.  I have an extreme dislike of blue LEDs – or at least of the seemingly universal pervasiveness of blue LEDs.  We’ve been able to make them cheaply for, what, a decade now?  Get over it, people!  It’s not novel any more.  They’re annoyingly bright and unpleasantly piercing.  I’m tired of hiding them behind Post-it notes.

So I replaced these obnoxious blue LEDs with bog-standard red, yellow, orange and green LEDs, which worked but weren’t really bright enough to shine through the diffusing layer on the case.  (This layer’s task is presumably to make the blue LEDs vaguely bearable.  Hint: you can make them much *more* bearable by not using them in the first place.)

I ordered some high-brightness LEDs, somewhat skeptical about how different they’d be.  The difference is dramatic, and the LEDs are now clearly visible even in strong light: 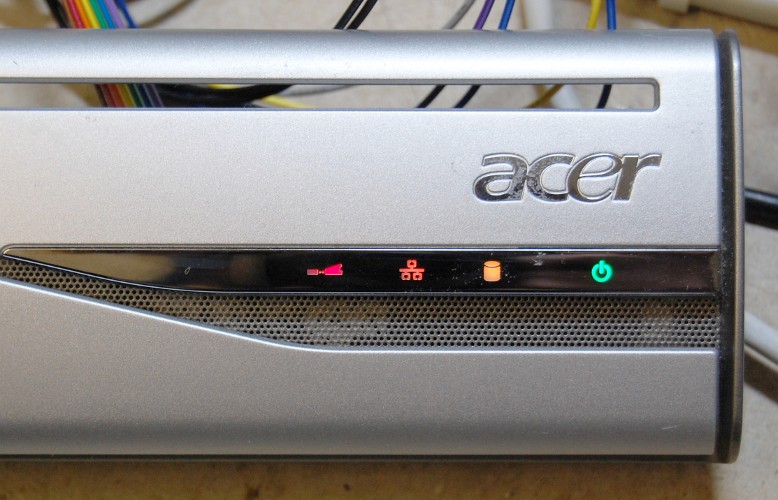 There!  Doesn’t that look much nicer than a row of blue lights?