…is directly proportional to the value of equipment destroyed!”

I don’t know who first coined this phrase, but it’s always struck a chord with me.

I came close to gaining lots of experience in the last week!

Having attached the MicroSD socket to the Vampire500 board, I was slightly disappointed to find that I couldn’t get any response from a MicroSD card – which I found to be rather hot when I ejected it!  That’s never a good sign.

Closer investigation revealed a layout error on the PCB; the pins were routed correctly for a traditional SD socket, but MicroSD sockets have a subtly different pinout! (http://elasticsheep.com/2010/01/reading-an-sd-card-with-an-atmega168/)

After some thought, it occurred to me that the simplest solution to this would be to abandon the MicroSD socket completely, and hardwire an SD-to-MicroSD adapter to the board! 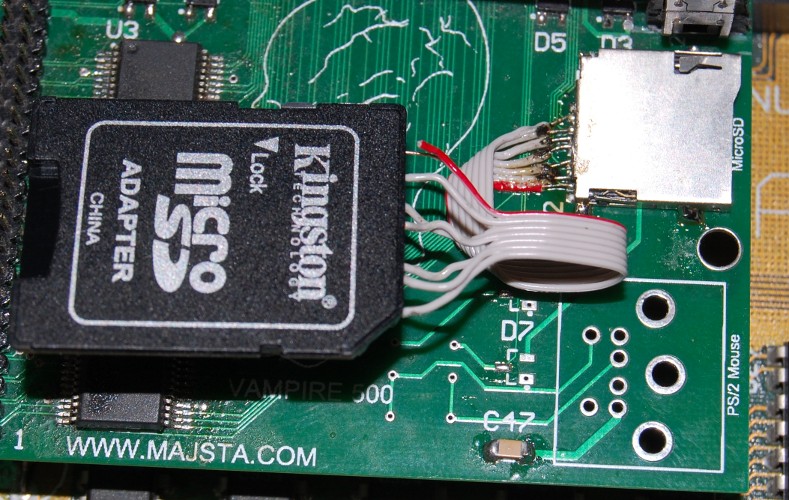 OK so it’s ugly, but it should work!

On firing up the board again, I found that I could read the partition table off the card, but that my programs were crashing randomly before doing anything useful – and the Amiga accelerator core had developed SDRAM errors too – so I figured I’d probably disturbed some solder joints on the FPGA or SDRAM chip by flexing the board while working on it.  So I had the bright idea of refreshing the solder joints.

The pin pitch on the FPGA is significantly smaller than the SDRAM and MicroSD socket, so the confidence I’d built up in installing the MicroSD socket quickly drained away as I ended up with pins bridged, pins misaligned, and as I tried to rectify that, lifted pads!

I’m pleased to report, however, that after a lot of patience, lots of application of flux-soaked solderwick, lots of gentle persuasion of pins with a sewing needle attached to a screwdriver, and lots of peering through a magnifying glass and singeing of eyebrows, the board seems to be restored to full health! 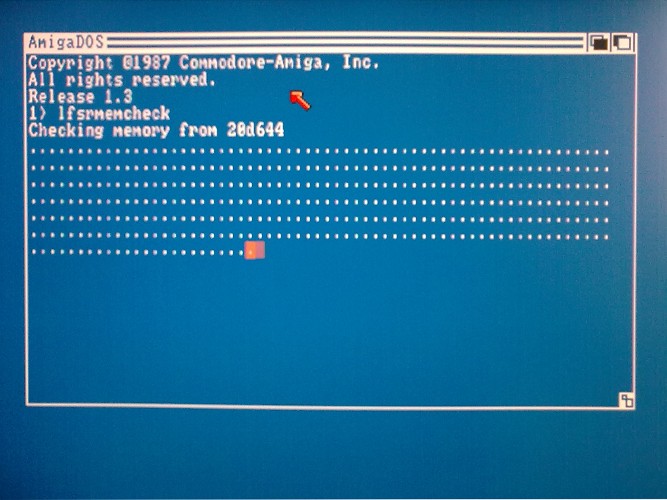