Between them these changes give an average speed increase of about 65%. END_OF_DOCUMENT_TOKEN_TO_BE_REPLACED 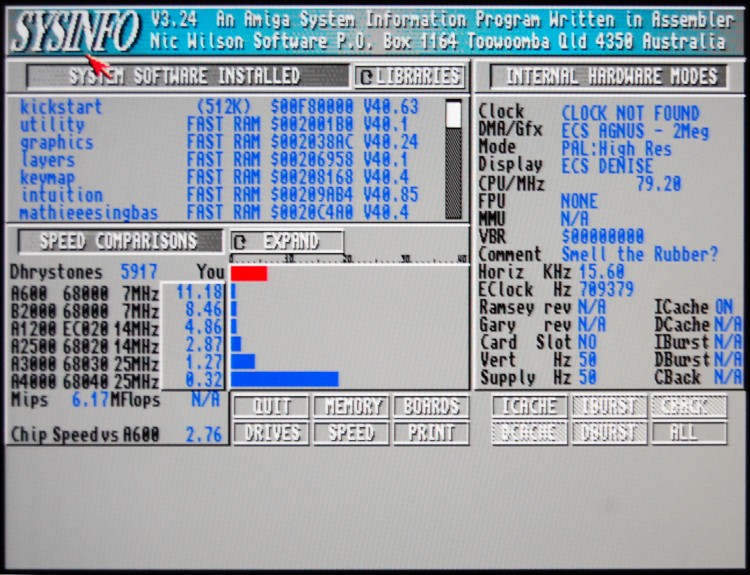 END_OF_DOCUMENT_TOKEN_TO_BE_REPLACED

I’ve *finally* found the subtle bug that was causing my two-way cache to fail.  The symptom was that the boot process would appear to work fine, loading an S Record off the SD card, but having loaded it, the code would fail to start.  It was as though the bootloader was ignoring the S9 record at the end of the firmware file.

After various fruitless attempts to track this down, and to construct artificial testcases to trigger the behaviour, I finally added some serial debugging breadcrumbs to the first-stage bootloader.  From this I found that the final S9 record was being treated as thought it were an S1! END_OF_DOCUMENT_TOKEN_TO_BE_REPLACED

The TG68MiniSOC project has so far used a very simple cache for the CPU.  The SDRAM controller is set up to use four-word bursts, so the cache simply stores each complete burst.  Under this scheme, when data is read sequentially from RAM, only one read in four will need to wait for the SDRAM controller.  This is the simplest possible example of a Direct Mapped cache, with just a single cacheline. END_OF_DOCUMENT_TOKEN_TO_BE_REPLACED