There are many, many arcade re-creation cores in existence now – and only a handful have been ported to the Turbo Chameleon 64. When I discovered that Rampage exists for both MiSTer and MiST my interest was piqued, because this is a game I played on the Amiga as a kid, and while the Amiga version’s not a bad conversion, the original arcade game is significantly better.

END_OF_DOCUMENT_TOKEN_TO_BE_REPLACED

Since I’ve been asked just how difficult it is to port a PACE arcade machine to the Chameleon, I figured a worked example would be useful! So what I’m going to do is document the process of getting Galaxian up an running. I’m going to assume you’re using Linux here. It’s all equally possible on Windows, but you’ll need to deal with things like getting an SVN client up and running, and I’m afraid I can’t help with that.

The first thing you need is a copy of the current PACE repository (Revision 1402 at the time of writing), so from a terminal, type:
svn checkout https://svn.pacedev.net/repos/pace
END_OF_DOCUMENT_TOKEN_TO_BE_REPLACED

The latest addition to the line-up of PACE cores with Chameleon 64 builds is Pengo! 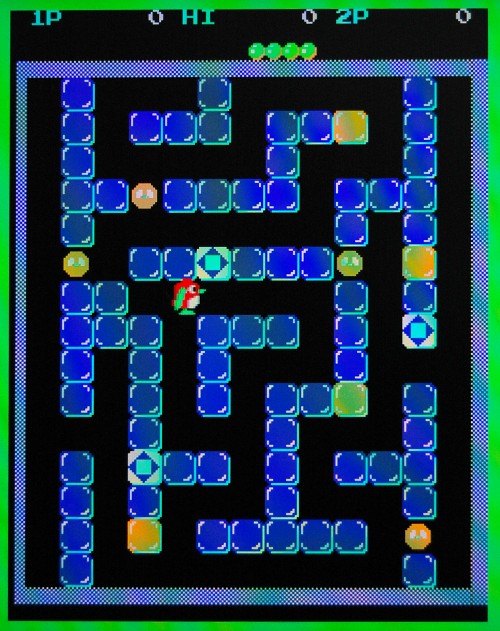 For the impatient, binaries for the Chameleon 64 can be found here!
END_OF_DOCUMENT_TOKEN_TO_BE_REPLACED 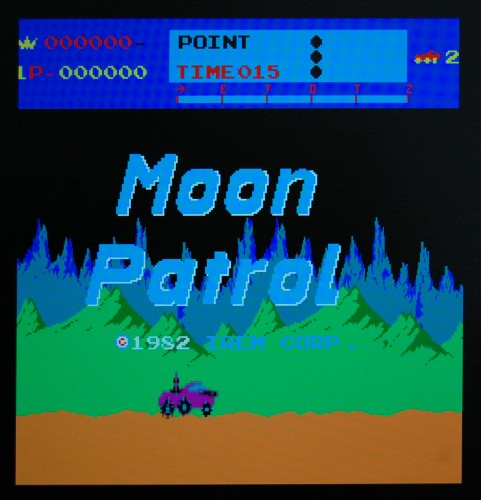 Having seen the PACE project’s Pacman core running on the MiST board, I wanted to try and get it running on the Chameleon. This task is made much easier by the existence of Peter Wendrich’s Chameleon_io entity, which abstracts away the messy details of reading the C64’s or Docking Station’s joystick ports.

This is just a quick-and-dirty port, but should be playable. The coin switch is mapped to the leftmost button on the Chameleon, while the start button is the middle button.
To play, you’ll need a joystick in C64 port 1, or attached to the docking station. (So far I’ve only tested with a real C64.)

The core can be found here.

Source code (in patch form against today’s PACE SVN) can be found here. Because I used Till Harbaum’s port to the MiST board as a starting point the patch adds support for his board as well, and also my Cyclone-3-board-from-EBay.

If like me you grew up in awe of the high-end Sega arcade machines with their moving cabinets – Space Harrier, Outrun, Afterburner and Galaxy Force – then you no doubt have fond memories of the music from these games.
I just stumbled across this excellent remix of one of the most memorable tunes from Afterburner II – hope you enjoy it as much as I did: